The Cambridge Half Marathon is two weeks away. It seems a lifetime since I ran my last, the Osaka City Half Marathon back in 1998. The year Titanic won best picture and Bill Clinton denied “sexual relations” with Monica Lewinsky.I need a game plan for Cambridge. 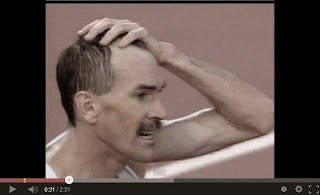 My Sunday long runs have for some time now been set at a relatively easy paced 24k. Today though, I decided to go out there and run a ‘half’ at near my potential. Wearing a t-shirt, for the first time since May, I meant business. Fortunately Sundays seem to take my Garmin forever to locate a satellite (well its ‘middle earth’ after all), and I needed the time because I was still struggling to decide what pace to set off at. I usually run a Saturday 12k tempo at around 4.30 min/km. Should I dare? ... and off I went. I was reasonably sure I’d have the puff though. After all, I’d run around 1000k over the last 3 months and today I was going to finally reap the fruits of my labor. 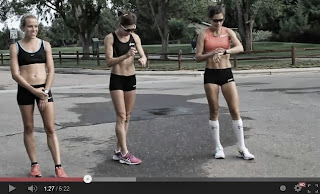 One of my all time favourite Aussies. I remember as a kid watching DEEKS win the 1986 Commonwealth Games Marathon in Edinburgh in a time of 2.10.15 A truly gutsy runner who wore every emotion for all to see.

80k planned this week before I taper the week after for Cambridge … TAPER? Have a great week everyone.