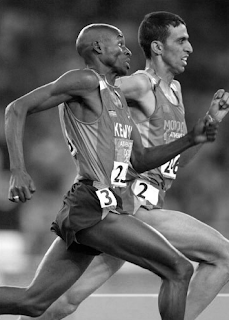 In a post back in July titled ‘Shoulders back chest out’ I bravely uploaded a VIDEO of my running form. I had Scott comment that for the most part … not bad. Probably being kind! He thought however I still had a couple of areas to work on. The first being that age old problem of hunched shoulders (I repeat AGE and OLD) and the second to increase my back kick higher towards my butt.

I’m confident I’ve been able to correct the hunched shoulders by consciously keeping my chin up and chest out. In other words it was doable. The ‘shuffle’ however is much harder to fix. I’ve often tried out on the road to increase my back kick and always found it feels incredibly unnatural. Well for me anyway. It gets worse too. I’ve seen myself on video crossing the finish line in a couple of marathons … really horrible. That shuffle of mine had disintegrated into something that resembled a road sweeper at 2 in the morning!

After a fair bit of reading I discovered that it’s all in the hamstrings. They need lengthening and strengthening. Do this, and the kick will happen all by itself, naturally. The exercise most recommended is leg curls. 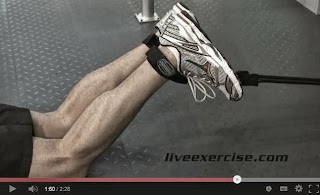 Ive bought the gear specifically designed for what I need which I’m pleased to report is now fully paid for. A 7.5 kg resistance band is perfect and at 45 reps 3 times a week I can promise you … I’m feeling it.

No shuffle evident with this guy. Hicham El Guerrouj dominated middle distance running from 1995 to 2004. Often referred to as ‘King of the Mile’ he is widely regarded as the greatest middle distance runner of all time. Had he not won the Olympic 1500m in Athens however, his legacy would have been very different and he, more than anyone, knew it. This is an epic race, one of the best ever and a result so deserved for one of the sports truly dedicated. Being such a nice guy only added to it. 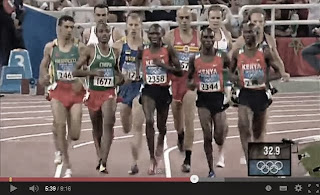