Tortoise should win by a hare

The Bayleys Mountain to Surf website gives an intriguing prelude to this marathon. One which compels the reader to explore a little more.

‘From day one, the Mountain to Surf theme caught the imagination of runners (and walkers) as it offered the opportunity to record a PB over arguably one of, if not the fastest marathon course in the country’. However, it goes on to say, ‘a PB is far from a given, as the course has a bite with its early elevation loss and undulations further on. Arrive at the start line light on training and as some will testify, consequences may await’.

I love reading post run reports on every event I enter. Alarmingly with this one however, I quickly found a disturbing pattern emerging. Be very careful not to launch too soon seemed to be the theme. It almost read like a health warning on a cigarette packet.

For many novices, yours truly now well and truly excluded from this grouping, it would be hard not to charge out with such a descent straight after the gun and for the better part of 6K too! Imagine those first few splits! The joy at a beckoning PB almost a given! The energy levels of every runner pounding down that mountain feeling so uninhibited would be massive. By 5K, how many would have stuck to their pacing strategies?

Many post race reports described the infamous 5K ascent as a bit of a surprise and an inconvenience. All spoke of their cramping quadriceps later in the race, no doubt as a result of that mad carefree dash at the start. With 10K to go a pounding northerly wind buffeted them, the pain of that certain PB now vanishing with every shortened stride. 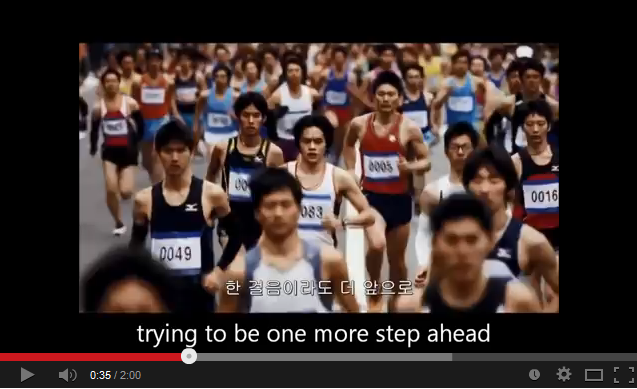 So you see, I’ve been warned. And in a cathartic kind of way recording these thoughts now may indeed help me to focus the mind as runner after runner will no doubt pass me early on come Sunday, race day.

And is it not true that slow and steady will win the race as the tortoise found in its race against the hare?