Podium City of Rotorua Half Marathon 2014


This would have to rate as my best racing result to date. A podium finish no less. That’s right 2nd in the 40 to 49 age group and 19th / 551 overall. Can you believe it! A bloody podium finish!

Ahhh … but wait, let’s just back the truck up a little. What a damn travesty, a blight, a crime even that as it turned out, the podium accolades were reserved for just 1st, 2nd and 3rd place overall. This freed up precious time for a parade of children, winning their 2K races in various age groups. The look of sheer delight on their little faces only marked the contrast to my grumpy, bitter and somewhat sunburnt look. I dare not express the injustice of it all I thought to myself. That’s what a blog’s for. This PC world has gone mad! You just can’t compare the effort, blood sweat and tears I put into training in all weather compared to those youthful and carefree Xbox under 8 drones. There, I said it.


What a brilliant day though which started off fine with little wind. The MET service again didn’t let me down with their usual inaccurate forecast a week out. I’ll be sure to worry if they predict fine and settled weather before any of my future races. The Podium City of Rotorua Half Marathon is marketed as the most scenic in the country. Somewhat ironic calling it the Podium City of … don’t you think! I probably need to let that go now.

The race began on the fringe of the city bordering Lake Rotorua. After the national anthem (God defend New Zealand) we were off at what I considered a blistering pace. Through the city then on and on passing two golf courses to our left before entering the world famous Redwood forest. A 21.55 at 5K was a little faster than I’d planned but with some rather gnarly trail climbs to come in the forest, I needed to be ahead. GARMIN SPLITS HERE.

After the forest trails came some of the side streets of suburban Rotorua City before once again hitting the trails but this time with a difference. Thermally active sulphur tracks make up a large part of our eastern city and the winding nature of these made maintaining a consistent pace that much harder but WOW, what a course. My home town and proud of it.

Running past the Rotorua Museum meant just a couple of KM's to go. I felt as strong here as I did at the start and pressed on at the 4.25 pace I’d maintained the whole way. It was during this period that I felt for the first time that I was truly, yes truly a ‘runner’. I’ve dabbled with the sport in the past and sure I’ve committed myself more these past couple of years but on this day it felt different and for that damn it, I deserved a PODIUM. A posthumous podium would be considered too if by chance organisers happen to stumble on this. Just saying. Best day ever. 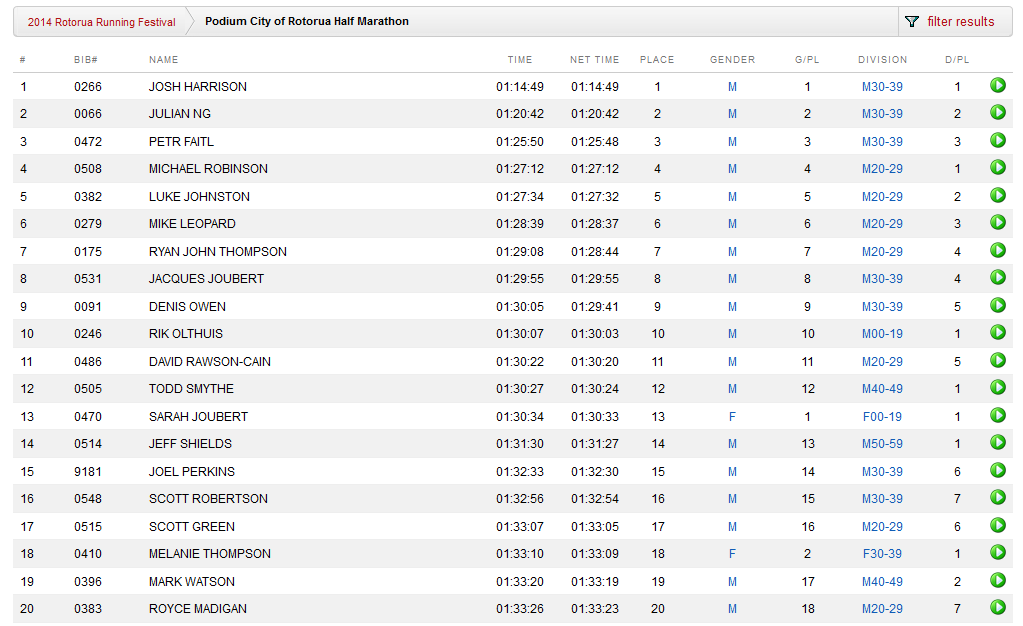 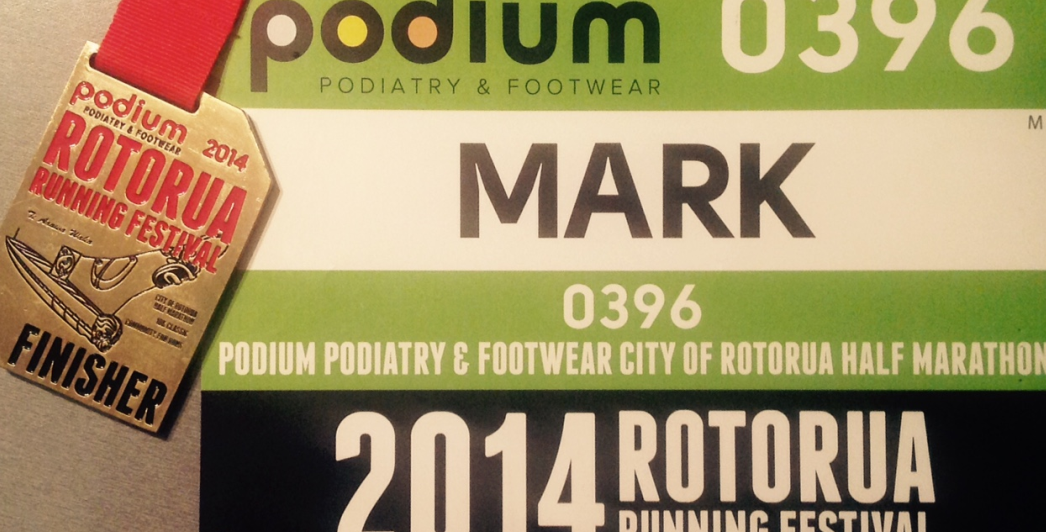