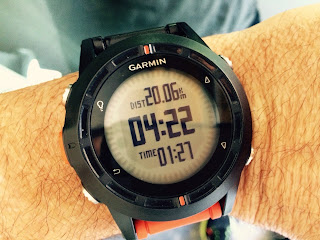 The 35th Huntly Half Marathon is on Sunday and so far the forecast reads ‘a brief shower or two with little wind’. The promoters pitch it as New Zealand’s premier Half Marathon event. It certainly is one of our oldest having started way back in 1981 and with an entry fee of just $49 it’s no wonder the field can swell to around 3,000. The course is certified and has over the years attracted some big names including the great Sir John Walker, Alison Roe and now yours truly.

All my life I’ve been told to pull my shoulders back. Recently the more astute observer has encouraged me to relax the shoulders. The two are in no way the same as can be clearly seen in the image comparison below. Let’s face it, to pull your shoulders back looks bloody awful. 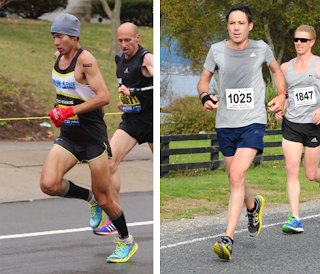 I reckon the penny finally dropped for me regarding this on Sunday, my last hit out before Huntly. Not only did I relax them, I slightly rolled the shoulders forward which seems counter-intuitive I know. Well holy mashed potatoes Batman, did that make the biggest difference ever. My whole momentum seemed to change out there. I instinctively wanted to drive forward led by my arms which had in the past felt laboured and awkward.  Back at the car I just couldn’t believe how easy that 4.22 paced 20k had been and mused at whether that’s all it was, a slight form tweak (Garmin split here).

Rotoruas ho hum 3.21 taught me the value of a strong core. But in all honesty I detest doing weights and strength exercises. I’d rather watch paint dry while simultaneously doing the ironing standing on one leg than do a plank. And it shows. Armed with my new upper body strength program (see below) I eventually made it to exercise number 4, the plank.

With mobile timer positioned under my chin I was off, eyes fixated on those seconds ticking by. After what seemed like an eternity when my lower back and that region between the tummy button and pelvic area involuntarily began to spasm and tremble, I collapsed fearing a career ending injury. With feeling restored I felt satisfied that first rep was done and dusted and in a formidable time of 1 minute and 15 seconds. 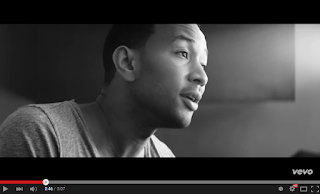