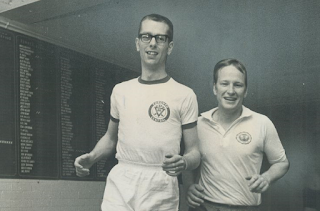 This is jogging in the 1960s, when it was still a somewhat unusual hobby for a handful of freaks and weirdos who chose to run in their free time. Normal people just didn’t do it and when they did, it was cause for concern. Men ran in the mornings back then because police became suspicious if they ran at night. The Tribune cited neighbors who “only see folly in the sight of a grown man running.” In 1968 one jogger gave the New York Times his thoughts about the sport “At first you think everyone is staring at you – and they are. After a while you enjoy jogging so much that you don’t give a damn”. (Full article here). 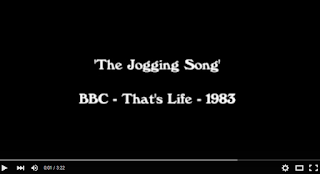 That completes my 3rd consecutive 80k week which in all honesty is a bloody disgrace. Well, not really but when you compare it to my ‘Current Training Plan’ tab on this blog its well short of where I wanted to be. The only reason I now leave it there is because it looks so intimidating and ‘pretty’. I’ll swap it out with something more realistic after the Cambridge Half Marathon now just two weeks away.

My Thursday 10k run started like they usually do. A gradual grind with effort to begin as I search for my running legs after a day where they’ve just dangled uselessly from my work chair. This unshackling process mercifully doesn’t take as long these days and I put that down to the numerous work breaks I now take to do planks.

It’s tempo night which is both good and bad. Good because it means I can be home relatively early and bad because for those first 2k I’m as stiff as a board. Yes I know I should stretch first and probably warm up with some gentle jogging but I just don’t. The last time I stretched before a run something awful happened which made me shuffle, hop and stumble my way back to the car and drive home. Never again.

My runs often finish well short of home and I plan it that way. I do enjoy the walk home in the dark. It’s a chance to assess how the run had gone and how my body had coped. I didn’t do much thinking that night and with a spring in my step and a well concealed smile I just enjoyed the moment. You know what? I am getting better.