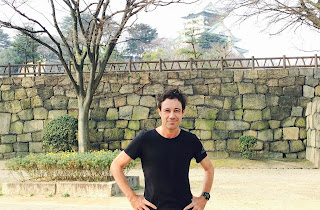 Hi Mark, your tests confirm an exercise induced heamaturia. Your kidney functions are normal and there is no indication of any damage. Keep drinking well and see a Doctor in Japan for a follow up.

It feels like months since I ran and walked the Tarawera Ultra. In reality it’s been just 3 short frenetic weeks. The complexities of moving then adjusting to a life of running in Japan have taken their toll. Sure I’ve run here before but that was back in the day when the term ‘run’ was probably stretching it. Jog might have been a better fit for a two pack a day man. Not now though. For Pete’s sake I’m a runner … “Let me through!”

For the next 6 months I’ll live in the heart of Osaka city before moving to the more runner friendly outskirts of Kyoto. There are literally millions of people here, yet on the footpaths I share with pedestrians and bicycles the world seems surprising orderly. How else could a run at 4.16 pace over 20k be achieved without their many unspoken rules. Most of which I’ve yet to come to terms with. 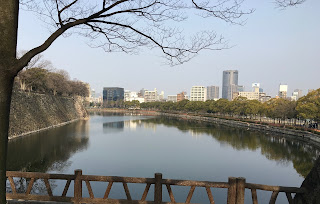 Fortunately, there is just 6k from my apartment to the relative safety of Osaka Castle Park. Getting there however is a little bit of a stop start affair with numerous pedestrian crossings governed by red and green lights. Single lane roads have these lights too which can be so frustrating in the absence of traffic. Would it surprise you to learn that I did a fair bit of jayrunning early on? Don’t do that so much now after a number of incidents that first week.

In one I nearly took out a long sighted middle aged women on an old 2-geared bicycle with basket in the front. After we’d composed ourselves, she felt it necessary to appologise repeatedly when I was clearly in the wrong. She probably pitied the stupid foreigner.

Not a lot of cross cultural love in my next encounter either and again it was at a single laned crossing. The guy next to me, also waiting patiently, had to have been a war generation pensioner given his leathery face and contorted posture. I felt guilty being so youthful and so obviously gifted athletically by comparison. I smiled politely but was greeted with a look of absolute disgust and distain. Then again the poor man may have just looked that way after years of frustration at road crossings. Unnerved with the vibe I felt and again in the absence of even a single moth, let alone traffic, I took off with red still engaged. “STOP” he screamed at me with the force and enthusiasm of a small army. Needless to say this scared the shit out of me and I never looked back. It was dark after all and I still have deep seated Japanese horror movie issues I have yet to fully come to terms with. 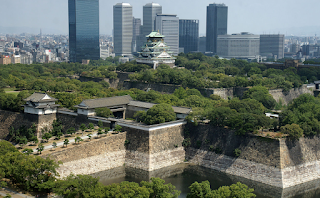 There’s always a sense of relief when I make it to Osaka Castle Park unscathed. It’s a wondrous place with its centerpiece built in 1597. A fusion of history, beauty, the hustle and bustle of modern life and its architecture. Running the 4k circumference more than once is almost a requirement. I doubt very much I’ll ever tire of this place. 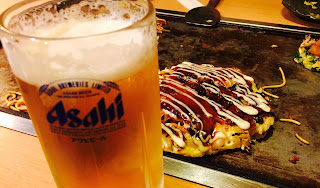 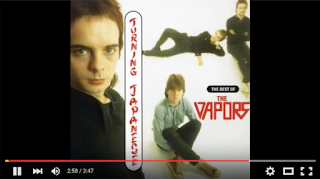