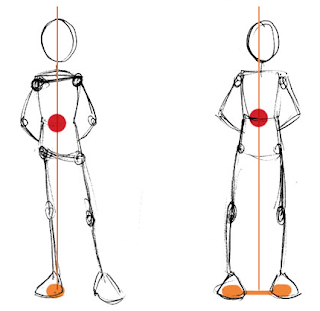 Ewen concluded his latest post with the statement “If you want to run well, you need to run. Simple!” Of course recovery, base, tempo, and long runs are important. And let’s not forget the Yasso 800’s, hill repeats and intervals. I suppose all have their place but as I sat down to create my latest training program I just wanted to keep it simple. I may have taken what Ewen wrote slightly out of context but for me I like the simplicity of it. It makes perfect sense in a world where we can over complicate things. So with that in mind I’ll run and run and run some more in the chase that is … the sub 3.10 marathon.

You’ll note that instead of a week in week out increase in mileage I’ve introduced an alternate safe ‘raggedy’ week set at 56km. It’s summer here in Japan and with another bloody birthday looming large this week, it may be a sensible approach. These ‘raggedy’ weeks will consist of 3 runs at or better than 4.30/km marathon goal pace with 1 long run slower than that. The other weeks, where mileage progressively increases, will consist of 5 runs completed at a pace that I feel comfortable with. I certainly wont be aiming for anything either fast or slow, just whatever works for me on the day.

As a backdrop to the running I’m determined to stick to these little nuggets; 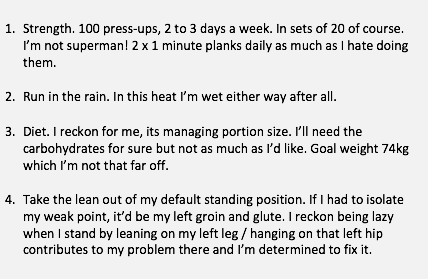 I love this song which happens to come from my favourite album 'Reveal'. Tonights run was indeed in the rain and I wouldn't have had it any other way. It's great to be alive isn't it? 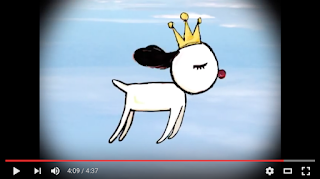