Heat exhaustion and running in Japan 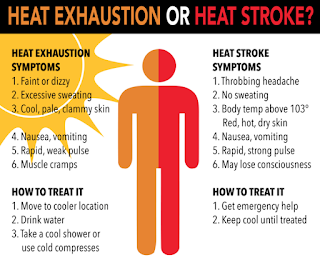 My second run back after the ‘tummy bug episode’ had been a torrid affair. It hadn’t felt like the 34C reported but that may have had something to do with the cloud cover. Bizarrely, I found myself struggling to catch my breath after just a few reps. I shrugged it off and put it down to the humidity and carried on. I eventually made it home as all aging champions should after running a few 4.20 splits over the 10k distance Coach Brown had assigned.

Now stripped to just my underpants I lent forward to untie my double knotted laces. Sweat profusely dripped from every peaked appendix and pooled on the floor below. The tip of my nose being the biggest contributor. Straining to free myself from the first shoe I noticed the unusually large amount of sweat covering both my legs. Beads of liquid multiplied by a factor of 100 is how I would describe it. Google couldn’t come up with anything better! 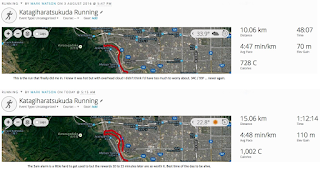 After a cold shower I sat down to the lightest of dinners. Cucumber, cheese, lettuce, ham and beetroot sandwiches. A cup of tea in front of the Olympics set the perfect evening mood. All I needed now was New Zealands first gold medal.

At around 10pm I found myself in the all too familiar little room downstairs bidding farewell to the meal I had earlier. And to make sure, I revisited that room a further 4 times over the next couple of hours. It can’t be my tummy bug back again I thought. It can’t be my wife either given we hadn’t taken out life insurance yet.

I hated being in that tiny room. Particularly in the heat of summer. After all, what 3 foot by 3 foot room is air-conditioned. It's a case of get in and get out as quick as you can. I on the other hand had spent a good 30 minutes in there which should have meant trouble. And then it dawned on me. I was bone dry yet my skin felt hot to touch. I knew a little about heat exhaustion, heat stroke and cursed myself for not recognising the symptoms earlier. Come to think of it … that tummy bug a week earlier … Well it may not have been that after all.

The next two days were a real struggle but thankfully my teeny room visits became less dramatic. On the third day I leapt for joy after noticing a damp patch under my right armpit. Sweating had finally returned.

In all honesty and joking aside I felt very scared there for a while. I’m really not sure where I was on the continuum of heat injury and at this point I’d rather not know. Heat stroke often kills and very quickly too. I reckon I’ve dodged a bullet. That doesn't excuse how utterly stupid I was. It wont happen again.

Todays 5.15am run in 24C went well. I was home well before 7am propped up sipping a cup of tea watching the Olympics and still waiting for New Zealands first gold medal. 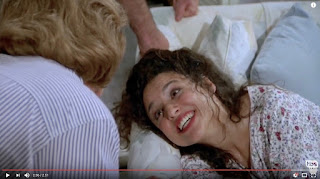