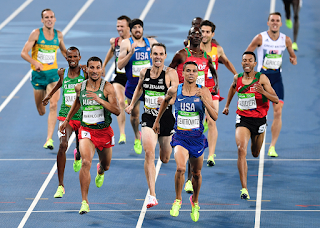 Something magical happened to me two Sundays ago during my long run. Typing this while reliving the experience still sends chills down my spine. It hasn't happened since so before it’s lost forever, I’ve decided to write about it. You see two Sundays ago I ran my first negative split and it came out of nowhere!

30km at an easy pace seemed very doable on that morning given the temperature wasn't expected to climb too high. It was 6.37am and as usual these days I headed out very conservatively. A 5.50, a 5.15 followed by a 5.01 to begin warmed this aging carcass of mine ever so gently. It also gave me an opportunity to fully appreciate another Kyoto sunrise.

After another prescribed 4.30 at 21k I do remember thinking how easy it was. The run had flown by without the strain and discomfort I had experienced throughout July and most of August. With 9k to run my hope was for that feeling to stay with me till the end.  30k and no wall in sight? How good would that be!

At 25k another required 4.30 which didn't bother me at all. So much so that I maintained that pace before running a 4.22 split to finish. I’d run the second 15k in 1.10.55 at 4.44 pace. I was thrilled to finish the morning so strong. Had I mistakenly been the benefactor of the much vaunted negative split?

In every race I’ve gone out hard, hung on in the middle then shuffled home for all I’m worth. They've never been that enjoyable, PB’s included. According to Jeff Galloway, running should be far more pleasurable and the negative split strategy should be trusted to provide the best results possible. He says “it works because it can take your body several miles to get warmed up. After that, your muscles are charged, your joints lubricated, and mood-boosting endorphins flood your system. You’ll find yourself running faster without feeling any more effort”.

Having the belief that this strategy won't fail me on race day is the key. What if I conserve at the start of my next race only to find there’s nothing left later on! Would Jeff take the blame for that then! I might be a unique individual where the negative split doesn't work. My wife reckons I’m unique and not always in a good way either!

My much heralded negative split has opened up a world of possibility. It’s given me a glimpse of how this sport can be mastered. However, committing to it now is completely out of the question. That’ll take some time, some faith and a number of successful training runs. That's just the way I am. Stubborn I guess. But it will happen. One day.

It suddenly dawned on me that I have a 60k race next week! Shit! Hard to exactly put into words how I feel about it other than to share with you this next video. He sums it up rather nicely.