Two Sundays ago Coach Brown texted me with what I’m hoping is a magic bullet.

Of all the distances the marathon has to be the ultimate. Incredibly I’ve had a go at 11 of these and in every single one … I’ve hit the dreaded and legendary wall. Bloody stupid wall. Every single time. With 8 or 9 kilometers to go the wall devastates and shreds any hope of a time I just know I’m capable of. It’s probably become psychosomatic? I conjure up the damn thing mentally now like some saboteur. Will I ever be rid of the wall?

Post race I usually blame shitty workouts, race plans and nutrition then vow to do better. Later, I tinker and tweak and then find myself doing it all pretty much the same as before! It’s so frustrating because deep down I know I have a time worthy of the distance. One I could quite happily retire with. It’s there. I can see it on the horizon. Hell I can almost touch it. Wretched wall!

Scott’s text read as follows. “For tomorrow’s long run of 2.5 hours can you do the following: Run the first hour at an easy pace (5.15/km). For the second hour run at a moderate pace (4.45/km). For the last 30 minutes run at close to marathon pace (4.25/km). As instructed my dutiful self obeyed with all the accuracy of a Patek Philippe timepiece.

I’ve been given a few of these ‘build-up’ workouts over the past few weeks and I know they’re designed to mimic that flagging desperate feeling one gets toward the end of a marathon. Knowing the pace required is only ever going to get tougher in a workout is a challenge mentally. I figure the more you do it the easier they become.

With Osaka Marathon less than three weeks away that looming wall doesn't seem so high anymore. More like a tall hurdle. That said there’s the heat, humidity, wind … well you get the picture. Marathons are like a box of chocolates … part of their appeal I guess.

It’s why I love them to death. 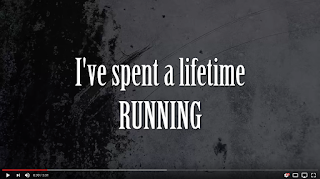