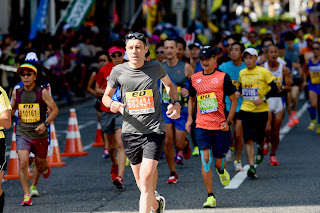 I’ve had a number of days now to reflect on my latest marathon. The rollercoaster of emotions one experiences after such an event seems to run a very predictable course. Race day, elation and relief. The day after, depression. Two days later, pain and numbness followed by a heightened period of self-evaluation, determination and resolve to do better.

If you’d offered me a PB at the start line, I’d have taken it for sure. My previous best was a 3.18.24 in the fast downhill Mountain to Surf course designed to smash personal bests. A better comparison however may have been my last marathon in Rotorua which is touted as a relatively flat course where I finished in 3.21.01.

Crossing the line on Sunday in 3.16.14 felt good. A kind of relief I guess. I’d toiled hard the past few months training throughout a hot Japanese summer. I’d dodged and got caught with the occasional bout of heat exhaustion. I’d learnt to run before the sun rose, drink lots and consume miracle salt tablets along the way. Achieving a PB however was probably more about breaking stubborn habits. Training differently with a new mindset. How you ask? I have a coach now.

Scott Brown was the first to text me with “Great job! Saw you come in. Screaming my lungs out but you were head down pushing towards the goal. How was it?” 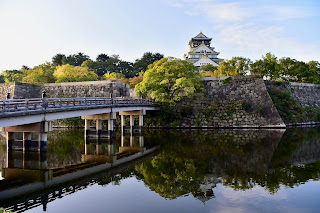 As a seasoned runner I thought I’d timed my last toilet run to perfection. But with still 15 minutes to the start I found myself being urgently ushered along by an official. She found room for me in my assigned block ‘B’ but it was at the arse end, a good 400m from the start line. With 32,000 runners these blocks ranged from ‘A’ (elite, good runner) through to ‘M’ (I’m here for shits and giggles and hoping to finish sometime today).

I literally walked across the start line 2 minutes and 22 seconds after the gun. Soon after I broke out into a jog and before long I was running weaving in and out, in and out. My Osaka Marathon had begun. The excitement I felt was no different from what I’d experienced in my first marathon, 19 years earlier. That didn't surprise me at all. I feel the same way in every race. The drug that keeps on giving in the best possible way.

In a city meticulously designed and ordered beyond approach, its streets accustomed to the 2.6 million inhabitants were for now at least owned by a lucky few. At one point I felt a little like Rick from the TV series ‘The Walking Dead’ as I found myself pounding down a famous main road past significant city landmarks all the while being chased by crazed runners from behind. A surreal experience for sure and one I’ll never forget. How fortunate we all were on a day where even the weather could only be described as perfect. 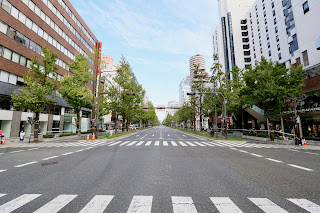 My plan had always been simple. Survive the first km. Run thereafter at even 5k splits of between 22 and 23 minutes to 40km. From there, give it absolutely everything to the finish. To the 25k mark I’d run 23:10, 22:33, 22:20, 22:05 and 22:38. The only thing bothering me at that point were my stupid sunglasses that refused to stay above the brim of my cap. That's right, they were decorative. A coolness symbol which in my case were rarely worn. 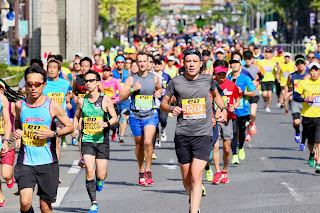 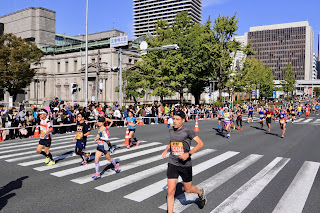 To distract my mind from the fatigue starting to creep in, I began my search for a deserving future marathon champion. A cool kid much like I’d been I thought to myself with an air of grandiose and obvious delusion. Having identified my target up ahead I mentally prepared myself. Without hesitation and with surprising agility I stooped down while in full flight and dropped my annoying sunnies into the lap of an enthusiastic boy. To my surprise and for the next 400m at least, he and his two mates ran behind me trying to catch up all the while shouting “arigato, arigato, ganbatte, ganbatte” … “thank you, thank you, try harder, fight” … 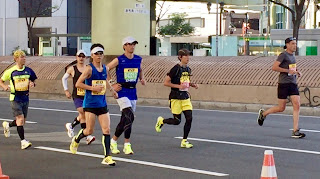 Splits for the next 15km went 23:05, 24:09 and 25:35. Certainly not horrible but not what I wanted. I’d hoped to truly smash my PB but didn't. For the past few days I’ve thought very hard about this period of the race. At the time I knew I was falling off pace and incredibly I didn't really know why.  Sure I was tired but who isn’t at 35k? That can’t be a reason or an excuse. I’d done the training and should have lasted the distance. I suspect it’s me. A mental thing that I need to address somehow.

Over the weekend I did a little therapeutic shopping at our local mall. A giant complex with hundreds of modern shops and thousands of shoppers at any one time. To finish any marathon is also very therapeutic and good for the soul. To bask in this personal accomplishment should be a private matter. However, from time to time it doesn't hurt to let an outsider in to experience the euphoria. And so I did. As we entered the mall I turned and said to my wife with total conviction “I reckon that if all these shoppers were to line up and run a marathon this very night, I’d win”. “Of course you would honey”, she said with a smile. 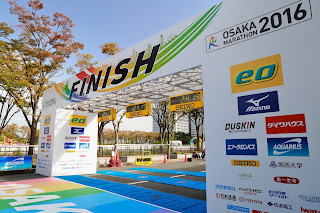 It was great to finally catch up with Scott at the finish line after getting my medal. I owed him my PB for sure and it was nice to tell him so. Later on, walking away from the park I got to answer his text question ‘how was it?’

“I think I can do better” I said. He nodded which was just the inspiration I needed. Right, what’s next I thought to myself?